A year ago, I wrote in the post Murray’s Further Military History about how Murray went to Israel after WWII, where he served during the time of the Israel’s War of Independence. I mentioned that he served with a Canadian soldier who eventually introduced him to his own SIL, Diana Shulman. Murray and Diana eventually married.

In that same post I shared an AP news article showing Murray and his future brother-in-law as soldiers in Israel.

Recently I found a document in the same envelope with Murray’s U.S. Army transcript and discharge paper that proves that Murray served in Israel. This was a treasure to discover because Murray’s service during 1947-1948 has been unfindable up til now. We have his stories, which we know are absolutely true because Murray was not a “storyteller” and he was very realistic about his accomplishments.

You will see that one side of this document is written in Hebrew and shows Murray in his Israeli Defense Forces uniform!

My next door neighbor, who is Israeli, said that the Hebrew doesn’t say anything different than what the other side, in English, says, but he didn’t spend a lot of time translating it. If anybody knows differently, please let me know.

Here is the photo closer up: 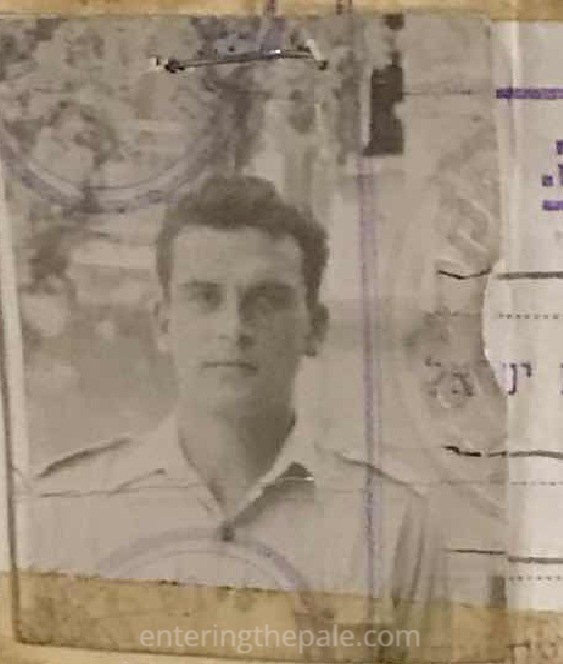 Now the flip side of this document is a letter from the American  consul. 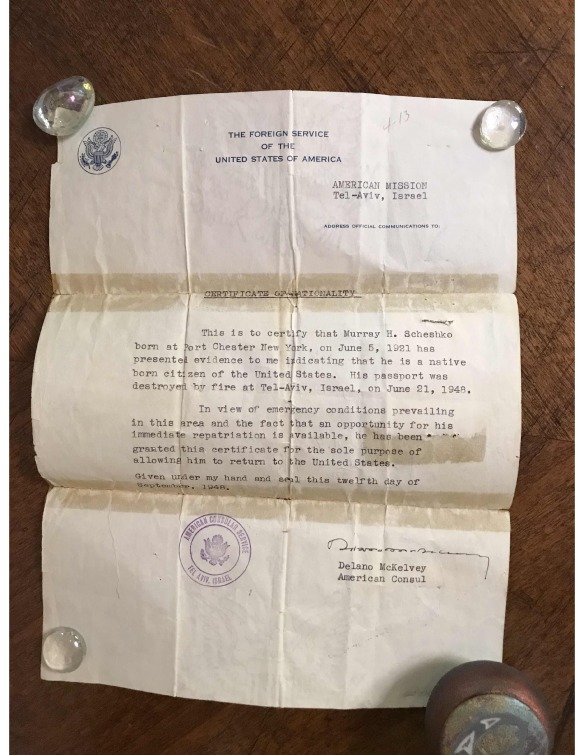 This is a document that will allow Murray entry back into the United States as a native-born citizen without a passport.

That is because his belongings, including his passport, were destroyed, according to this document on 21 June 1948 in Tel Aviv.

Murray was right in the middle of things when he was in Israel. He had some impressive stories. Without documentation, however, I don’t want to garble the stories or tell stories he might not want told on a public blog. However, he did know many of the movers and shakers of Israel from that period. He was on the Altalena when it was full of refugees fleeing Europe after the Holocaust. He was also around for the Altalena Affair, as well as other events. He did say, and I believe him, that if he had stayed in Israel he would have ended up a general, but he had family back home and decided to return to the United States.

17 thoughts on “Murray in His IDF Uniform”