This week I want to backtrack to Diana’s art when she lived in Toronto, before she attended the Art Students League in New York.

The other day I wondered if she had ever wanted to be a full-time artist for one of the movie studios, but when I looked at the list of artists the studios used for any length of time they were all men.

These posters were painted (mainly in 1942) in Toronto. Here is 20-year-old Diana posing with one of them.

The “poster show cards,” as Diana referred to them, were painted on beaverboard, and most of them were 40×60. She rented some of them out to the 20th Century Theatre chain in Ontario, Canada. However, Century claimed they lost the posters and never returned any of them to Diana. 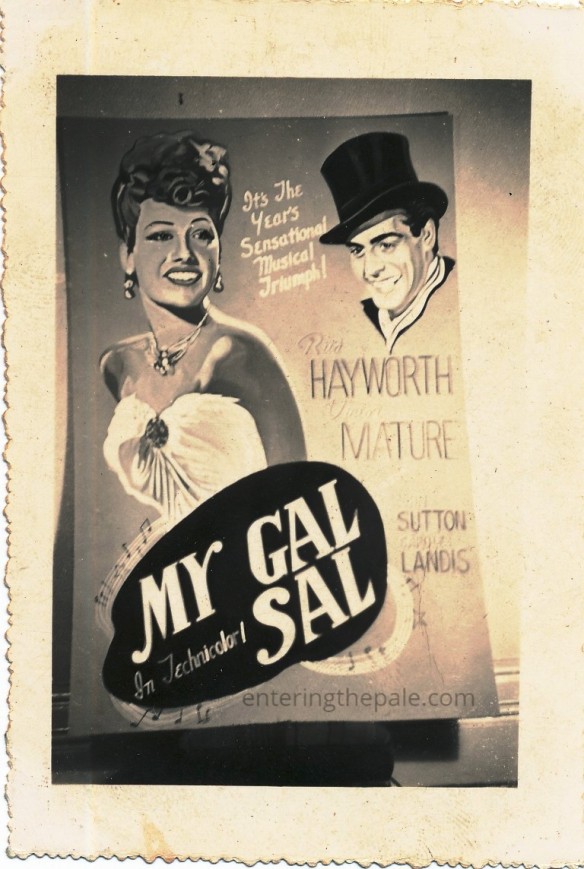 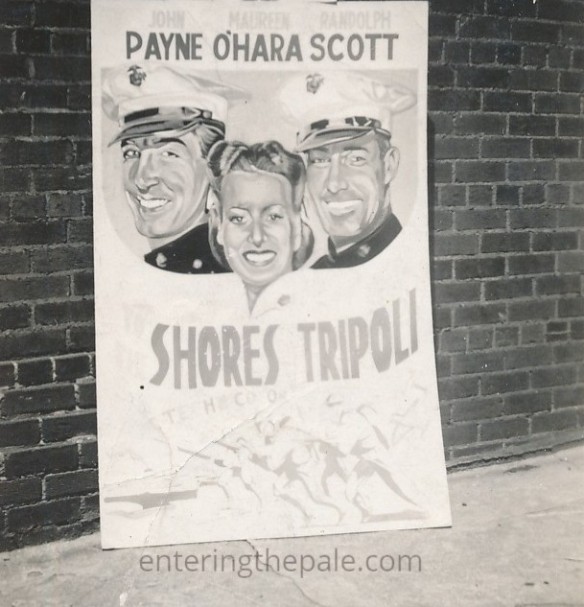