Last week I posed the question of what drew Diana to New York City from Toronto.

What is known to me about Diana’s life in NYC before she married involved her education at the Art Students League, her survival jobs, and her painting. I believe it’s safe to say that what drew her was her artistic passion. From the time she was little, she was a talented artist. Her family first noticed it when they discovered that her “tracings” were drawn free-hand and were not traced at all.

The Art Students League of New York was well-known as a school for artists. Many famous artists had studied there, but perhaps two of the most important attributes of the school for Diana would be:

The following photo is what the Arts Students League looked like when Diana attended–and what it looks like today. It’s a landmark of NYC. 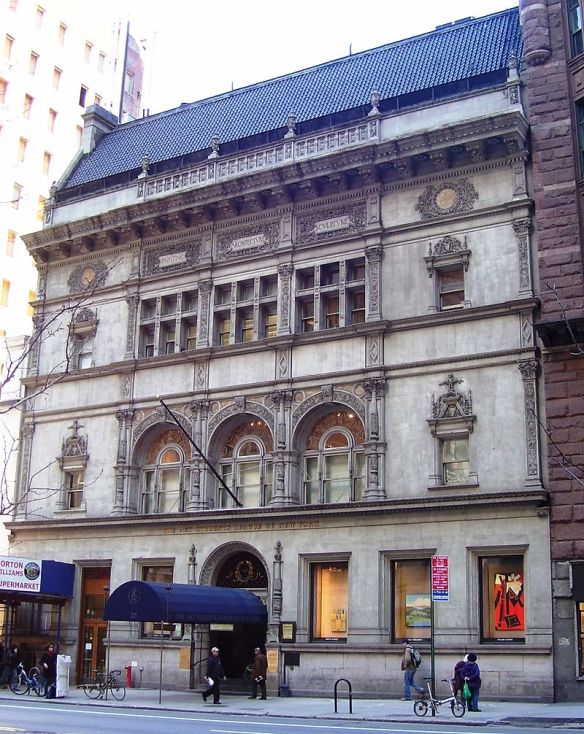 In the next photo, Diana is standing on the roof of the Art Students League. The water looks very close, which somewhat surprises me. I am guessing this is the Hudson River. Any NYC readers, what do you think? Diana wrote the location on the back of this photo, along with the year of 1947. She said her dress was wine-colored.

I plan on showing you a little more of her art in a future post, but here is something I discovered from 1943, when she was 21, and before she traveled to the United States for the first time. I guess it shows where her mind was at, even then. Please excuse the condition of the painting. Paint has chipped off it. It was in with her practice works, so not well cared for.

Franklin Delano Roosevelt, the president of the United States. And a sign of the times, too.

Here is one more painting drawn from the news stories of the times Diana grew up in. Field Marshal “Monty” Montgomery. In the lower right corner, near her signature, Diana has written Toronto 1943.

Last year the gardener and I visited the Knoxville Museum of Art and saw an exhibition of the paintings of Joseph Delaney. He was an African-American painter who was born in Knoxville. He was a student at the Art Students League in NYC at the time that Jackson Pollock was a student, so a bit before my MIL’s time at the school. I was struck by this Delaney painting of the lobby of the Art Students League. 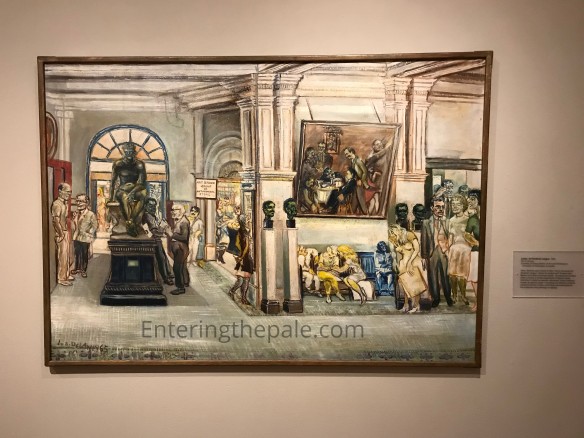 Seeing this painting meant a lot to me because I can see a lot of similarities between Delaney’s painting style and my MIL’s style. Was this taught to them at ASL? By a particular teacher, perhaps?

I know Diana cherished her time at the school. She sometimes mentioned it when she talked about her life in New York City. Diana remained a painter for the rest of her life.